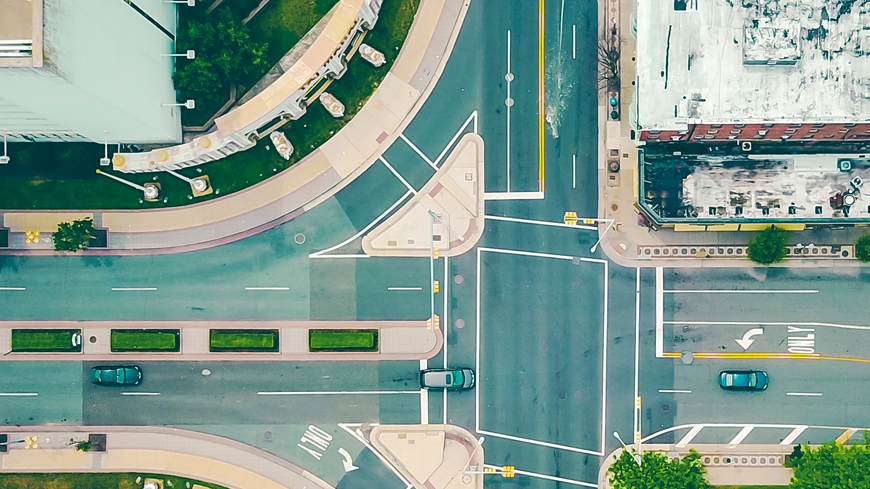 The Intersection of Bitter and Better

Someone cuts you off on the freeway. You accidentally spill coffee on your laptop. Someone unfollows you on social media. Another person got the promotion you wanted.

When faced with a challenging situation, do you find yourself focusing on the negative? Or choose to focus on the positive? I can promise you that almost every day, you’ll find yourself at the intersection of Bitter and Better.

Before King David was king, he was the head of homeland security for his nation. While out patrolling the borders, his city comes under attack, and that’s where we pick up in this setting in 1 Samuel 30:3–6:

David and his men came to Ziglag, they found it destroyed by fire and their wives and sons and daughters taken captive. So David and his men wept aloud until they had no strength left to weep . . . David was greatly distressed because the men were talking of stoning him; each one was bitter in spirit because of his sons and daughters. But David found strength in the Lord his God.

In that moment, facing tragedy, David and his men were standing at a spiritual intersection called bitter and better. Some of the men were already headed down Bitter Street as their hurt was turning to anger, negativity, and blame. But, somehow, David found strength outside of the bitterness and chose the “Better Road” by putting his faith in God.

Let’s take a look at a few things about this intersection of Bitter and Better.

1) At a time of crisis, everyone stands at the intersection of bitter and better.

The reality is, we won’t find ourselves at this intersection on a good day when everything is going our way. We find ourselves at this intersection at our lowest and most difficult seasons of life. Imagine you’re standing in the middle of an intersection: to your left is a wide road called Bitter. Most people head that way. The further you go down that road the more encumbered and weighty your spirit becomes. People begin to describe you as grumpy, irritable, unhappy, and mad at the world. And, to your right is a narrow road called Better. Fewer people head this way, but the further you go down this road the lighter your spirit gets, followed by greater success and a healthier soul. You find peace of mind, restoration, friendships, and joy.

David made the choice to not go bitter, and it resulted in him recovering everything that had been stolen from him . . . He got it all back!

2) The same kinds of circumstances lead to being bitter or to being better.

Each kind of crisis brings us to the same intersection. I have witnessed it over and over again through the years: two different people can go through nearly identical circumstances, and one chooses Bitter Street while another chooses Better Road. Looking at the outcomes of their lives years later, they are polar opposites. Whether it’s rejection, unmet expectations, tragedy and loss, or other types of crisis we face, it can make you bitter or better. It’s your choice.

At the age of 46, Beethoven had become completely deaf. Yet, he wrote his greatest music in his later years. Abraham Lincoln was demoted as a young soldier from the rank of captain to private and went on to become one of the most memorable presidents of the United States. We’ve all heard the story of Michael Jordan being cut from his high school basketball team, and the rest is history. The same kinds of circumstances bring us to this intersection of Bitter and Better. It is our choice which way we go and what we do in response.

3) The only way to get off of Bitter Street is to come back to the intersection and make a different choice.

If you’re on Bitter Street, you got there by allowing bitterness in your heart. That bitterness started at an intersection where you allowed a bitter root to enter into your life. You may have to go back to that intersection and make a different decision.

You can get back your pure heart. You can stop the ugly growth of bitterness, and you, like David, can get on the better road and recover peace of mind, friendships, and health. You can make a different choice. No matter what your perspective is currently, you’re not stuck with it.

Take a moment to ask yourself, “Am I currently on Bitter Street or Better Road?” If you find yourself on Bitter Street, ask yourself how you got there, and then see if you can trace it back to that time in your life when you turned down Bitter Street instead of Better Road. Depending on how deep that bitter root goes in your heart, it may not be an overnight change. It may take some time to work through and shift your perspective, but, believe me, it is worth the effort to get yourself off of Bitter Street and find your way back to Better.

With Christ at the Center, we move life forward toward God’s best relationally, emotionally, physically, and spiritually.